The most boring part is changing the topology every now and then just to illustrate the problem. In order to avoid doing this over and over again, let's use the same physical topology I have used in the Kill Switch section.

The logical configuration used from now on, will be the same I have used in Green Sash: OSPF sub-section. We have only one life and it is better if we spend it on doing something interesting. 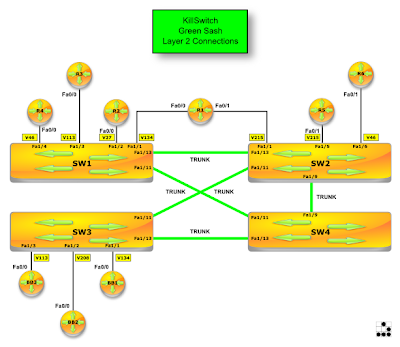 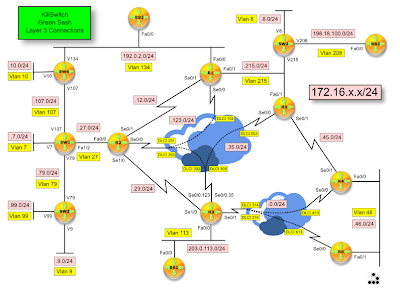 Task 1
Using the physical topology diagram presented here, configure devices as per pic.1 and pic.2 (if you want to save the time, you can download the configurations from here and upload it).

Task 3
Get ready for the upcoming IPv6 labs ;).